Symbiosis and Philosophy of Codependency and Mutual Embeddedness 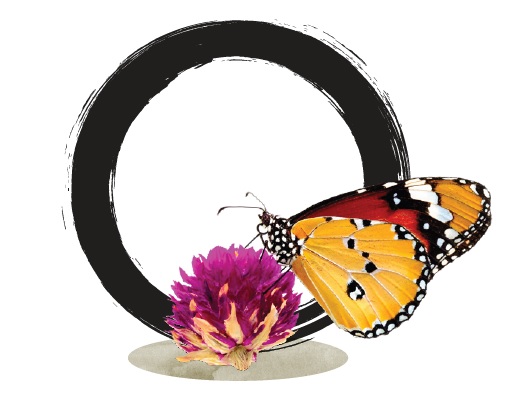 Frontier sciences and technologies inspire new thinking and invite people to reconsider the human condition. The widespread biological phenomenon of symbiosis and the theory of symbiogenesis developed in recent decades sparked off a renewed discussion on how humans are ontologically related to nature and inorganic matter, and as such, how we should reshape our thinking and reorganize human affairs.

The notion of symbiosis in biology was first introduced by Heinrich Anton de Bary in 1878 to refer to “the living together of two dissimilar organisms, usually in intimate association.” In the early 20th century, Konstantin Mereschkowski developed the concept of symbiogenesis to describe the origin and evolution of organisms by symbiotic processes, a clear departure from the accepted wisdom of Darwinian evolutionary theory. The world didn’t take note of such findings, however, until Lynn Margulis began her
tireless effort in the 1960s to prove and popularize the symbiotic evolutionary hypothesis. The study of symbiosis and symbiogenesis has been gaining momentum
in recent decades and the notion of symbiosis has also moved beyond the domain of evolutionary biology and found its way in the studies of human health, microbiology, societies, and ecology.

Symbiosis in life sciences was translated as gong sheng in Chinese and kyosei in Japanese, using the same Chinese characters. However, the notion of gong sheng or kyosei, literally meaning codependency, mutual embeddedness, and living together, has been widely accepted in China and Japan and has inspired desired social, commercial, and even political practices in both countries. Its philosophical roots can be found in the ontological thinking of the same origin and Oneness of humans, creatures, plants, and inorganic material, which is common in most Eastern philosophical traditions.

Oneness recognizes the same and the only origin of all things (including humanity, animals, plants, and inorganic matter as previously mentioned), or put differently, the universe with its infinite forms are the manifestations of Dao, Being or Self-nature. So, from that point of view, all things are interconnected and of the same origin, ab initio. While both Confucianism and Daoism share similar theories on the unity of the cosmic order and humanity, Daoism also developed elaborate nutritional, medical, and spiritual practices based on the conviction of the isomorphism of humanity and the cosmos. Buddhism, on the other hand, has been known for its intricate theories of karma and interdependent co-arising, which explain the non-linear entangled web of causality of all things.

In all these discussions, the concept of gong sheng, in the sense of codependency, mutual embeddedness, and the spirit of “live and let live,” has been featured prominently. Methodologically, Oneness and the notion of gong sheng necessitate relational and holistic ways of examining ourselves, our relationship with others, as well as with our environment. Ethically, they reinforce the sense of togetherness, promote self-reflection, self-constraint, other-regarding virtues, cooperation, and mutual support.

Therefore, the thinking of gong sheng or kyosei grounded in Oneness is planetary or rather cosmic in scope. It eschews dualistic thinking, transcends anthropocentrism, and celebrates interconnectedness of all beings. It also tempers individualistic instincts, advocates self-restraint, and checks zero-sum competition mentality. In today’s world of down-spiraling geopolitical contests, cut-throat technological and commercial competition, worsening social and racial divisions, and the degradation of our natural environment, shouldn’t we—humanity—raise the level of our collective consciousness and embrace a different philosophy for organizing ourselves and our environment?

Indeed, the recognition of relationality among all beings and the desire of forging a philosophy of living together found their strong expression in the Convivialist International movement initiated by hundreds of European and American public intellectuals in 2013. In their two manifestos issued in 2013 and 2019, the signatories called for a recognition that relationality and interdependence are the essence of human existence and our relationship with the environment. They advocated a new civic and political philosophy of convivialism and promoted the art of living together. Convivialism and the notion of gong sheng or kyosei may not share the same philosophical roots, but their ethical and policy aspirations are much the same.

We live in a world with mounting risks of a planetary scale. It is time that East and West join hands in fleshing out a philosophy befitting our time and the planetary condition. The notion of gong sheng or kyosei and that of convivialism are clearly a good starting point for this effort. It is a worthwhile cause which has long been past due, long before scientists agreed on the role of symbiosis in governing our world.

The China Center is a hub for East-West research and dialogue dedicated to the cross-cultural and interdisciplinary study of the transformations affecting humanity. Located at Peking University in Beijing, the Center engages China’s most outstanding thinkers to examine, share, and develop ideas to address global challenges. Intellectual themes for researchers and visiting scholars focus on frontier sciences, technologies, and society—specifically in artificial intelligence, the microbiome, and gene editing as well as issues involving global governance and globalization